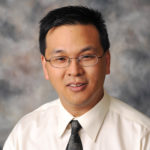 Dr. Andrew Y. Koh is an Associate Professor at the Departments of Pediatrics, Microbiology, and Simmons Comprehensive Cancer Center, University of Texas Southwestern Medical Center, United States, where he is the Director of the Pediatric Hematopoietic Stem Cell Transplantation Program. 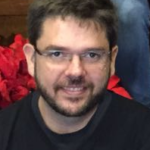 Current research in his laboratory focuses on the relationship between secretory mechanisms and the architecture of the fungal cell surface. 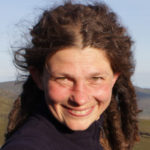 Prof. Ilse Jacobsen is Professor for Microbial Immunology at the Friedrich-Schiller-University in Jena, Germany and Head of the Research Group Microbial Immunology at the Leibniz Institute for Natural Product Research and Infection Biology, Hans-Knöll-Institute in Jena. She is a member of the Board of Directors of the Center for Sepsis Control and Care, organized two FEBS Advanced Practical Course “State-of-the-art infection models for human pathogenic fungi” (2013 and 2016, together with Bernhard Hube and Patrick van Dijck), and is Vice-Chair of the upcoming Gordon Research Conference “Immunology of Fungal Infections” in 2019.

Current research in her laboratory focuses on (i) the interplay between fungal factors and immune response, aiming to decipher which factors and interactions lead to the development of systemic candidiasis, and (ii) interactions between Candida and bacteria and their consequences for the host. 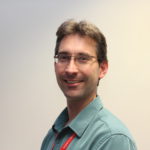 Prof. Dr. Julian Naglik is Professor of Fungal Pathogenicity and Immunology at King’s College London. He has 25 years research experience investigating host-microbial interactions with specific emphasis on fungal pathogenesis, mucosal immunology and epithelial signalling. Prof Naglik collaborates with many world-leading laboratories in the UK, USA and Europe and his work has made several major scientific, conceptual and technical advancements to both the fungal and mucosal immunity fields.  His recent discovery of Candidalysin, the first cytolytic peptide toxin identified in any human fungal pathogen, revealed the mechanism by which C. albicans causes damage to mucosal tissues and is a seminal advance in the field. 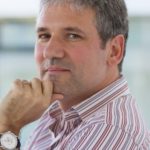 Prof. Dr. Christophe d’Enfert is a Professor at Institut Pasteur, Paris, France where he is the Chair of the Mycology Department and the Head of the Fungal Biology and Pathogenicity Unit. Dr. d’Enfert gained his PhD at Institut Pasteur working on protein secretion in Gram-negative bacteria. During his post-doctoral training at the University of California at Berkeley, he studied protein secretion in yeast. Since 1992, he joined Institut Pasteur to study human pathogenic fungi and has developed both fundamental and applied research on two major fungal pathogens, Candida albicans and Aspergillus fumigatus.

Current research in his laboratory focuses on the development of tools for functional genomics of C. albicans and the study of C. albicans genome dynamics and diversity, morphogenesis, biofilm formation and  colonization of the gastro-intestinal tract.

Dr. Anamelia Lorenzetti Bocca is an Associate Professor at the Department of Cellular Biology, University of Brasilia, Brazil Country. She is the coordinator of laboratory of Applied Immunology.

Her laboratory studies fungus-host relationship in three different aspects: In one of them, they evaluated the potential of pathogenic fungi Cryptococcus neoformans, Fonsecaea pedrosoi  and  Paracoccidoides brasiliensis and the  innate immune response of the mammalian host in experimental infections with these fungi. They also evaluated the role of immunomodulatory peptides obtained from scorpions or wasps as well as glucans present in fungal cell parade and mushrooms. Finally, drugs traditionally used and immunomodulating substances are encapsulated to be tested in non-clinical trials. (www.lia.unb.br) 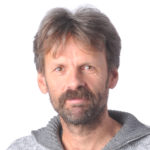 Prof. Dr. Joachim Morschhäuser is professor at the Institute for Molecular Infection Biology of the University of Würzburg, Germany.

Research in his laboratory focuses on the biology and host adaptation mechanisms of the pathogenic yeast Candida albicans. They investigate the transcriptional regulation of virulence and drug resistance genes and the signal transduction pathways involved. In addition, they study genomic changes which result in variant cells that are better adapted to alterations in the host environment. 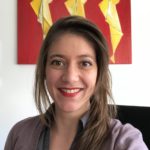 Dr. Jessica Quintin is head of a group on Immunology of Fungal Infection in at the Department of Mycology, at Institut Pasteur, Paris, France. She is also affiliated to the Department of Immunology of Institut Pasteur. She is a member of ISHAM (International Society for Human and Animal Mycology), SFMM (French Society of Medical Mycology) and SFI (French Society of Immunology) and of the Science Advisory Board of the FEBS Advanced Lecture Course on Human Fungal Pathogens (HFP 2017 & 2019). She is also co-organizing the 8th HFP in 2019. Her interest in host-fungal interactions started from her PhD throughout her post-doctoral studies (invertebrates, mammals etc..).

Current research in her laboratory strives to understand the mechanisms of the host immune response to human fungal pathogens, such as Candida albicans, and Aspergillus fumigatus. She is particularly interested in understanding the boundaries of immunologic memory, the role of innate immune plasticity during differential secondary infections and the pleiotropic roles of the fungal cell wall ß-glucan. 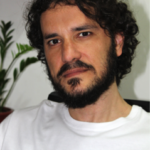 Dr. Leonardo Nimrichter is an Associate Professor at the Institute of Microbiology (Federal University of Rio de Janeiro, Brazil). During his first years as a Principal Investigator he was awarded with fellowships from Fogarty and Fulbright to develop researches at the Albert Einstein College of Medicine and the Johns Hopkins School of Medicine.

The major focus of his laboratory is to investigate the multifunctional properties of fungal extracellular vesicles (EVs). He was part of the group that characterized fungal EVs for the first time in 2007. 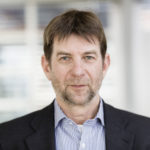 His research focuses on the molecular and infection biology of human pathogenic fungi focusing on Candida albicans and C. glabrata; 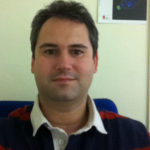 Dr. Oscar Zaragoza has devoted his entire scientific career to microbiology, and especially to the biology of fungi that cause disease in humans. He carried out the thesis in the laboratory of Dr. Juana María Gancedo (Institute of Biomedical Research, CSIC, Madrid). His thesis was focused on the molecular mechanisms that regulate carbon catabolite repression in the model yeast Saccharomyces cerevisiae, and his work allowed him to publish 8 articles in international journals. During this time, he also began under the tutelage of Dr. Carlos Gancedo, to develop a parallel investigation focused on the yeast Candida albicans, which is the main cause of candidemia in humans. This alternative line allowed the discovery of the trehalose synthesis pathway as antifungal target in pathogenic yeasts. His definitive orientation into Clinical Mycology took place in 2001, when he joined the laboratory of Dr. Arturo Casadevall (Albert Einstein College of Medicine, New York), which is one of the groups with the highest international recognition in fungal pathogens.

In this laboratory, the work of Dr. Zaragoza focused on the mechanisms of virulence and host adaptation of pathogenic fungi, taking the yeast Cryptococcus neoformans as a model. This period was very successful and as a consequence, he published more than thirty articles in scientific journal. In 2006, Dr. Zaragoza joined the Mycology Laboratory of the National Centre for Microbiology of the Instituto de Salud Carlos III thanks to the award of a “Ramón y Cajal” contract and he became staff researcher in 2009. Recently, he has been promoted to the position of Scientific Investigator. Since joining this institution, Dr. Zaragoza has carried out his research as a principal investigator, obtaining both public and private funding, and all of which is focused on invasive fungal diseases. Furthermore, since he started his work as PI, the group has participated in more than 40 scientific articles in the last years. 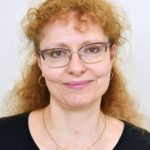 Dr. Olga Heidingsfeld, works at the Department of Biological and Biochemical Sciences of University of Pardubice and in the Institute of Organíc Chemistry and Biochemistry of the Czech Academy of Sciences. 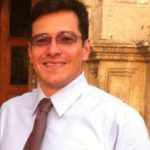 Prof. Dr. Héctor M. Mora Montes is Professor at the Department of Biology, University of Guanajuato, Mexico, where he is the Head of the Laboratory of Fungal Glycobiology.

He is interested in the study of the host fungus-interaction, using as models members of the genus Candida and Sporothrix. In 2017, he was recognized as a level-3 researcher, the highest award given by the Mexican government to a scientific researcher. 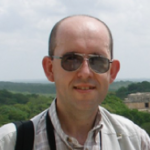 Prof. Dr. Jozef Nosek is a Professor at the Department of Biochemistry, Comenius University in Bratislava (Slovakia). He did postdoctoral work at the Institute Curie in Orsay (France). In 2001-2010, he was international research scholar of the Howard Hughes Medical Institute (USA). 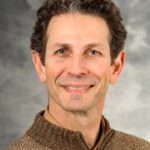 Prof. Dr. Bruce Klein is a Professor of Pediatrics, Internal Medicine, and Medical Microbiology and Immunology at the University of Wisconsin-Madison, USA.  He serves as the head of the Division of Pediatric Infectious Disease, and also the Director of the Pre-doctoral and Post-doctoral Training Program entitled “Microbes in Health and Disease”. 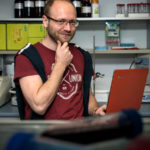 Dr. Leszek Pryszcz is a senior post-doc in the Laboratory of Zebrafish Developmental Genomics, International Institute of Molecular and Cell Biology in Warsaw, Poland.

His current research is focuses on gene expression regulation in early development of vertebrates, especially the role of RNA modifications. He is also interested in genomic and regulational effects of interspecies hybridisation. 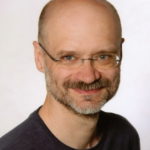 Dr. Vladislav Raclavský works part time in a routine diagnostic microbiology laboratory at the
University Hospital Olomouc and part time as a researcher and lecturer at the Dept. of Microbiology,
Faculty of Medicine & Dentistry, Palacký University Olomouc, Czech Republic. He strives to bridge the
gap between research and routine diagnostics mainly by translational research approaches. His
research is focused mainly on the microbiology of upper respiratory pathways of patients suffering
chronic lung diseases and recently also on identification of microbial markers of increased risk of
cancer, colorectal cancer in particular.